Ciao, amici! Today science fiction/fact topic is Project Blue Book. I refer to it in my Astral Conspiracy series, and admittedly, I take great liberties with it as a precursor to AATIP, but it was, in fact, a real government project. 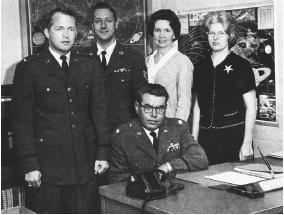 In 1947 (a year UFOlogists know well), the United States Air Force created a secret study of unidentified flying objects (UFOs) called Project Sign. A second study was conducted in 1949 called Project Grudge. The third, and most well known of the three studies, began in 1952 and was called Project Blue Book. The order to terminate the study was given in December 1969, and in January 1970, the project shut down.

Of the three government projects, Blue Book was the most open-minded. Sign and Grudge workers approached the studies with high degrees of skepticism, and any reports indicating aliens were possible were met with derision.

By the time it ended, 12, 618 reports were collected. The conclusions?

Dr. J. Allen Hynek was the only person who was a member of all three studies. While he was initially skeptical, he later changed his views and decided UFOs deserved closer study. He said many USAF personnel involved with the projects were indifferent, incompetent, and conducted shoddy research.

Have you watched any of these shows? I love the History Channel’s Project Blue Book series and can’t wait for season two. I loved it so much, I incorporated bits and pieces of Project Blue Book into my series.

What are your thoughts on the government studies of UFOs? Let’s talk about it.