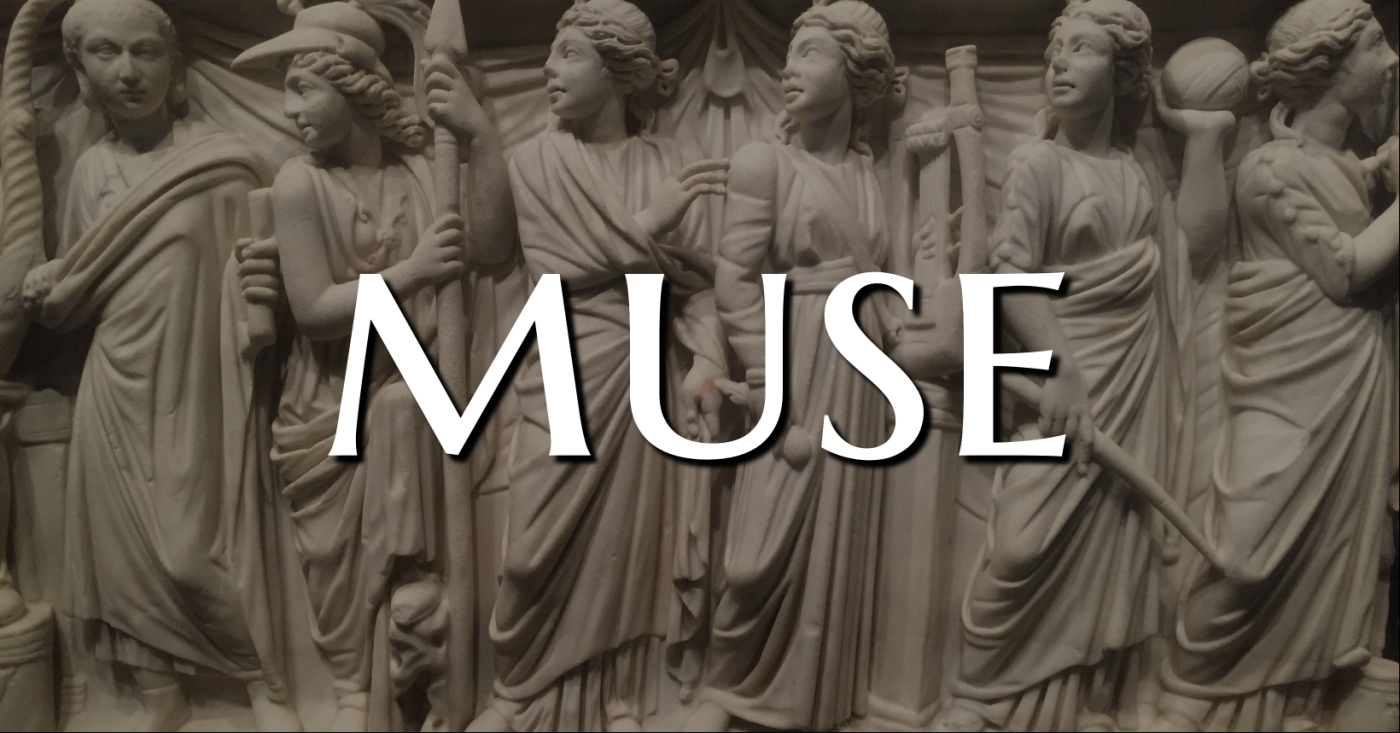 Ciao, amici! I guess I took too long to get back to the creative aspect of my career. I had another visit from my muse. It went something like this…

I was staring at my laptop screen, watching the cursor blink on the empty page. I’d been editing for over a week, completing two lengthy manuscripts for clients, and my brain felt muzzy. Around the time I noticed my vision had blurred, my hearing perked up—just in time to catch a low, guttural “ahem” followed by a sigh.

Rolling my eyes, I resisted the urge to sigh myself.

I didn’t want to look up. Didn’t want to meet what was sure to be an intense stare and an expression of derision. But something about my muse is compelling. Mesmerizing. Almost against my volition, I found my head turning his way, my gaze traveling up his long, muscular legs. Over his chiseled abs and broad chest. (Why the man can’t wear long pants or a shirt in the house, I’ll never know.) Along his square jawline to that thick, sable hair that curled at the ends where his collar should be. I tried to stop there. I really tried.

“Cara.” This time, his tone was sharp, commanding.

I met his gaze. Of course I did. Like there was any doubt I’d do what he wanted.

Remember when you were young and you did something that upset your parents? Something that was so bad, they didn’t even yell. They just looked at you with that look. The one that said they were disappointed. You know the one … far worse than any angry expression they could muster.

Now you know how my muse was looking at me.

Heat suffused my face, and I started to look away.

Another “ahem” brought my attention right back to him.

He didn’t say anything. Just blinked once. Again. His left eyebrow arched.

I read somewhere that the person who speaks first in a negotiation loses. That thought even flitted through my mind as we stared at each other.

“I was working.” Yep. I lost the battle, caved under his scrutiny. “Well, I was doing the pre-work. You know … the thinking, the planning. Brainstorming.”

“Which, if I’m not mistaken, is what you’re supposed to be here for. You know, inspiring me. Not leaving me to my own devices.”

Oops. That couldn’t be good. So I prattled on, hoping to dig myself out of the hole. “I mean, it’s not like I don’t love these conversations. Although, I’m thinking I could concentrate better if you had on more than a pair of cargo shorts with the waist unbuttoned and hanging low on your hips.”

By now, you should realize that nerves make me chatty, and I was in the middle of a verbal vomit that I couldn’t stop.

“And the elastic Armani band of your boxers. Do you wear boxers? Maybe you’re a boxer brief kind of muse. Which is funny, now that I think about it, because I always assumed muses wore togas, which I’m given to understand were worn without underwear.” That was an image I didn’t need. “Yet here you are, looking like a better version of a Ralph Lauren model. Albeit, without the ubiquitous Polo shirt. Not that you need a shirt. Seriously, look at you. If I was that in shape, I—”

This time it was me clearing my throat. “But I’m a little off topic, huh?”

His eyebrow arched again, but this time the corner of his lips twitched.

“I’m sorry. I’ll do my brainstorming on the page, not in my head.”

He nodded and walked away.

I don’t know where he went, but I was glad he left. He’s supposed to inspire me, but I really find him to be more of a distraction. And now he’s not even talking to me. Just the occasional nickname (I don’t even know if he knows my real name), some throat clearing, and some sighs.

On the other hand, I did get one outline done and have ideas for two more, so … maybe he knows what he’s doing.

Wishing you productivity, too. Arrivederci!

32 thoughts on “When Your Muse Is Speechless”

Links to Titles by D.L. Cross

Links to Titles by Staci Troilo

Check out these blogs: