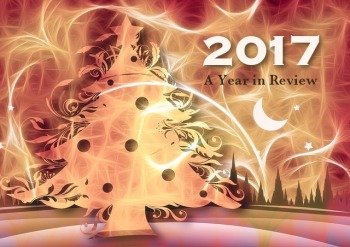 I’ve been blogging for several years now. Some years I write a “year in review” post; others I don’t. I was going to skip it this year, but a friend and fellow writer (C. S. Boyack) wrote one, as he does every year, and when I read both his post and the comments, I realized it might be cathartic for me to write one. It also might help those of you who also had a bad year realize you aren’t alone. (To read Craig’s send-off to 2017, click here.)

So, here it is, my year in review.

Releases:
I expected better than this for 2017. I only had two releases: one novel, one short story.

Many people would be pleased with two releases in one year. I, however, had planned on at least two novels, one novella, and possibly two short stories, so I fell short.

I would like to report that a marketing effort resulted in Type and Cross hitting number one in one of its categories this year. The book is one of my older titles, but it’s the little engine that could, and it keeps chugging along. I wish people who liked it would move on to the second and third books in the Cathedral Lake series (Out and About and Pride and Fall, respectively). I had fun rounding out the Keller Family Trilogy, and I don’t think people have the full picture of the family and their story without reading Jensen’s and Faith’s novels, too.

Writing:
I’ve upped my word count considerably in these last months. I didn’t do NaNoWriMo, although November was a busy month for me. When I turned in Tortured Soul to my editor, he sent me two messages. The first when he was one-quarter through to tell me he was going to start adding errors to the manuscript just so he’d have something to mark. The second was when he was finished. He told me it was the cleanest manuscript he’d ever edited, and the ending made him misty-eyed. It warmed my heart to hear that. It also made me grateful for my critique partners. Without Mae Clair and Joan Hall, my work wouldn’t be what it is today. So, ladies, if you’re reading this, know you have my profound and heartfelt thanks—definitely for your help in the past and especially for the work you’re helping with now.

Editing:
I took on a lot of new clients this year and I retained all of my old ones. I can think of two off the top of my head who consistently hit number one in their categories and another who sells a boatload of books. I’m proud to have worked with each and every one of my clients, and I wish all of them success moving forward. (If you are interested in working with me, you can find more information on my editing services here.)

Reading:
I set a goal on Goodreads to read 30 or more books. I hit that target easily, but I wanted to keep the number low, because, well, life gets in the way. I always read a lot more than this, especially when you consider books I read as I edit, books I review that Amazon won’t post my reviews for, and books I refuse to review because I can’t give them good marks.

Before you chastise me and tell me bad reviews (well, constructive bad reviews) are helpful to the reader as well as the writer, let me stop you. I know that. And, for the most part, I agree. But—and this is a huge point, in my opinion—writers are, to me, a community rather than a competitive collective. I wouldn’t feel right giving a fellow writer a bad review, for a number of reasons, but most importantly, because I consider writers my family. Besides, I’m an editor as well as a writer and reader, so I often read with a critical eye instead of just reading for enjoyment. If you hire me as an editer, fine. I’ll tell you all the things I notice. You’ll also have a chance to change those things before publication. But if I’m reading just as a reviewer? I don’t feel right pointing out all those problems.

I do want to call out a few authors whose books really moved me this year.

Releases I’m looking forward to in 2018:

There are probably more (heck, I KNOW there are), but I don’t have titles to include with the authors and series I love, so this will have to do for now. (I’m sure we’ll discuss this further in 2018.)

Blogging:
This category is hard to quantify. Personally, I planned on blogging at least once a week, but hopefully more. Obviously that didn’t happen. For a while, I was writing short fiction a few times a week based on the WordPress daily prompt. That started to help with exposure and followers, but I couldn’t sustain the pace. If WP released the prompt earlier in the day (like midnight rather than 8:00 a.m.), I’d have a better chance. But my workday is already in full swing when the prompt goes live, and it’s hard for me to switch gears. Still, the effort had moderate success, and if I can find the time to participate next year, I’d expect my viewership to grow.

Professionally, and you probably already know this, I’m one of the founding members of Story Empire, a blog designed to share our knowledge of the fiction-writing industry with like-minded authors. We discuss apps, marketing, and, of course, writing. This blog took off this year. We went from five writers to six, and from blogging once a week to three times. Our viewership is steadily increasing, and we hope to continue that trend. We were even nominated for a best-writing-blog award, but we won’t know if we made the list until it’s released in January. Still, that’s a big step forward for us, and I’m proud of it.

In addition to Story Empire, I was asked to guest post at several sites, most notably in a recurring role at Romance University. (I’ll talk more about RU in January.) If you think you missed any of my guest posts across the web, you can find a list of them  (plus links) here. I had more than 30 guest posts, and I’m afraid I forgot to include some. In any event, it’s more than I expected, so all in all, I’ll take it as a win.

Personal:
Rounding out the topics of this year’s post, I’ll talk a little about personal things. I had a few health problems that put me behind schedule, including a surgery in October. I’m now fully recovered, although my workload doesn’t reflect it. And I’m always battling a few chronic conditions, but that’s nothing new.

My daughter started college in the fall. She’s almost six hours away, which is very difficult for me. But she got an incredible scholarship (a talent scholarship for both academics and athletics) and is very happy at school. She had a great freshman fall season in tennis, but she’s sustained a lot of injuries. We’re concerned about the spring season. She also came home for winter break boasting a 4.0 grade point average.

My son is still waiting on his grades. We were concerned about them when he missed more than two weeks of school with two types of influenza plus a bronchial infection, but he rallied like a champ. We’re expecting mostly A’s despite his health challenges.

My mother-in-law got terribly sick this summer. She was in the hospital for weeks (much of the time on a ventilator and sedated to the point of non-communication) and rehab afterward. After a series of tests and a lot of scary prognoses, they finally decided she had West Nile Virus and began an effective treatment. She came home in time for Thanksgiving, but she’s still in therapy and unable to walk far. Doctors have tried to prepare us for the fact that she may not make a full recovery. But if anyone can, it’s her. She’s a fighter.

My dad lost his second brother this year. He’s now the eldest of the remaining five siblings. I’m pretty sure it’s weighing on him more than he lets on. But Dad never complains. I wish his family wasn’t scattered across the country. It would be nice if those who are left could spend more time together while they can.

A writing friend/mentor was in a terrible accident with his wife shortly before Christmas. They’re still in the hospital. He has swelling on his brain and they’ve been keeping him in a medically-induced coma until they decide whether he needs surgery or not. They’ve awakened him a few times, and he follows people with his gaze and squeezes hands, so that’s promising. His wife has undergone surgeries to repair broken bones, but they don’t think she’ll ever walk again. But, we’re all trying to focus on the good reports the doctors give us; not the bad ones.

It’s crazy how things can change so quickly in such a short time.

In a nutshell, 2017 is almost in my rearview mirror, and I’m glad to see it go. Too many struggles and trials this year to consider it a good one. Yes, I’ve had my successes, and I did (and still do) celebrate them. But the bad things really took their toll on me.

Next week, I’ll talk about my plans for the new year. It’s sure to be a more cheerful post than this one was. Until then, I probably won’t be online much, so let me wish you a relaxing rest-of-your-week and a wonderful 2018! 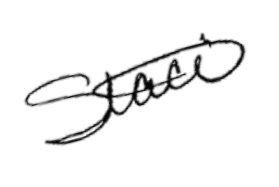